The keto diet may have had its heyday, with new data revealing the restrictive form of eating for weight loss ﻿has seen its popularity plummet over the last three years.

In fact, online interest in the once-famed keto diet has decreased every year since peaking in 2019, with 2023 being the lowest ever, according to the new finds by FeastGood.com.

READ MORE: Dietitian reveals foods that are healthier than you might think﻿

Analysis of Google data shows online searches for the keto diet have dropped 87 per cent. (iStock)

The ketogenic diet – also known as the keto diet, low-carb or no-carb – is an extreme weight-loss diet that restricts food. The term comes from the word ketosis, or the body’s process of burning calories from fat instead of sugar.

Ketosis is the metabolic process of using fat as the primary source of energy instead of carbohydrates. The keto diet had been a popular choice among celebrities, chefs, and many a ‘health-conscious’ person over the years.

“It’s not surprising that the keto diet has decreased in interest over the last few years. I don’t see the trend reversing either,” Brenda Peralta, a registered dietitian for FeastGood.com

“Keto is a highly restrictive diet, cutting out almost an entire macronutrient group. While people find that keto can lead to short-term weight loss, it is not easy to stick to it long-term”.

And she’s not wrong. A previous study showed 37 per cent of people who quit keto do so because it was too strict a regimen.

“People today are searching for more sustainable approaches that allow greater flexibility, not one size fits all.”

READ MORE: Stop hating on pasta – it actually is healthier than you think

The once-popular belief that ‘cutting carbs is the way to go’ has been disproven many times.

The ketogenic diet, characterised by very little carbohydrate and a lot of fat, is probably the most talked-about low-carb diet there is. 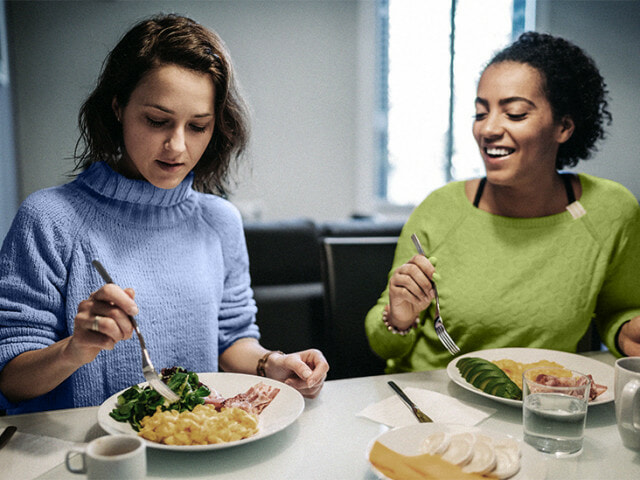